Hey! My friend produced this really cool track and I wanted to share it with you! Click the link, and enjoy 🙂

Last weekend was the first weekend of Coachella in California and the outfits were everything and more! Personally, I’ve never been but next year it’s on my list of summer music festivals. I think my favorite part of Coachella is the style! It’s my favorite combination of boho, chic, fringe, southwestern, and free spirit. Bloggers, actors, models, musicians, and more are always on the scene at Coachella. Check out some of my favorite’s from last weekend… and Coachella 2014 I will so see you soon! Fringe and all ~ 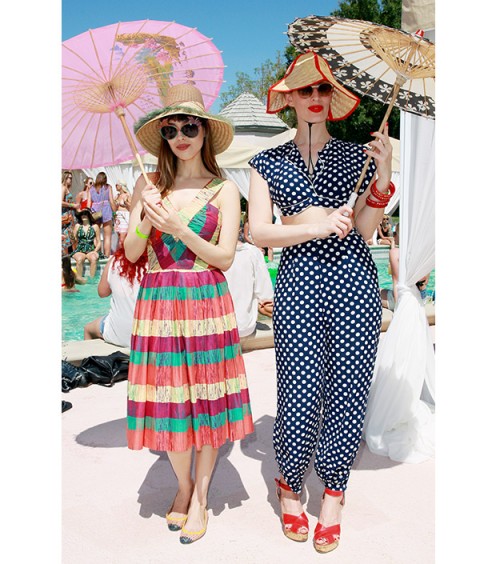 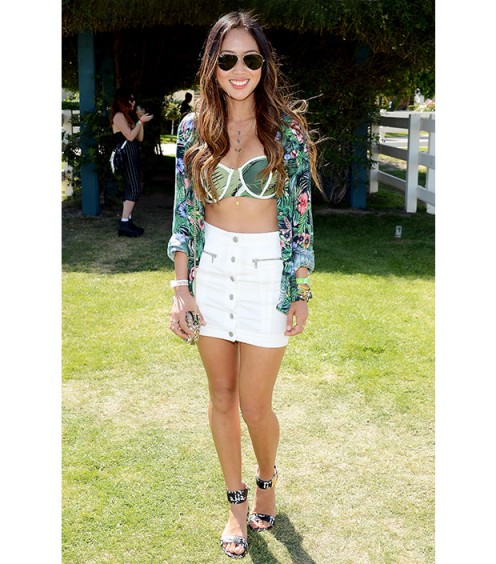 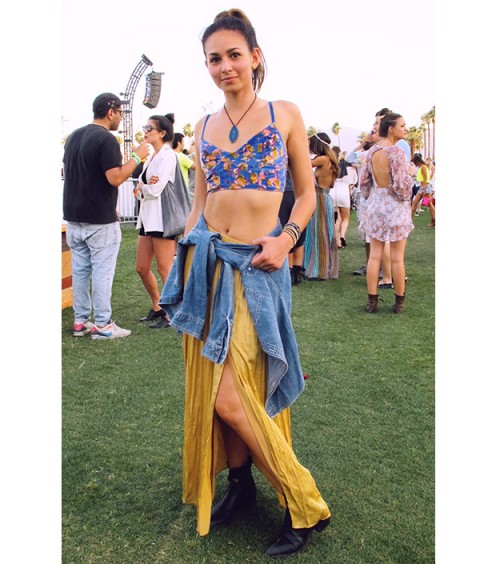 Happy Birthday to the brightest star, Whitney Houston, may she continue to rest in peace. Today I nominate her for my Currently Channeling style segment. Every now and then I like to highlight some of my favorite style icons that continue to flow into today’s fashion. Music and fashion have always been intertwined, each one compliments each other. I love how fashion can be in everything and anything. It’s simply what you perceive it to be. You march to the beat of your own drum and Whitney was exactly the epitome of that concept.

Whitney was an amazing and talented individual who always had a fashionista vibe to her. From back in the day, I always remember her for her big curls and 80’s flashback brights. The original, creator, and innovator. She had her own look and that is one of the many reasons why I fell in love .. from “I Wanna Dance with Somebody” to “Heartbreak Hotel” she captured every one’s attention with her outstanding vocals and heartfelt messages. Continuing to vibe out to her today and everyday..

One of my favorite icons, Etta James your music has influenced so many people including myself. It will live on forever and ever through our souls and memories. Rest in Power.

“A lot of people think the blues is depressing,” she told The Los Angeles Times in 1992, “but that’s not the blues I’m singing. When I’m singing blues, I’m singing life. People that can’t stand to listen to the blues, they’ve got to be phonies.”

(via The New York Times)

J.Cole’s long awaited debut album, Cole World: The Sideline Story drops tomorrow. After performing last night at the Roseland Ballroom, charging fans $1 for the recurring theme of “Dolla & a Dream” J.Cole has proved again that his music speaks to people. J.Cole exemplifies the struggle most college graduates go through, which is something that we all can relate too. As a motivation to many in the music industry, J.Cole has proved that with hard work and dedication anything and everything is possible.
Complex’s own Damien Scott, who has a unique perspective of the story seeing that he was Cole’s college friend/roommate, did an online story about him. The article broke down J.Cole’s story from his college days to the progression that not only close friend, Damien, has seen but fans as well. J.Cole produced this album solely by himself which says a lot about the artist. I don’t know about you all but I will definitely be showing my support! He can get the YUM of the day title today 😉

Even though he was still working a bullshit job, and money wasn’t flowing as well as he’d like, he believed in his heart of hearts that he was going to make it. One day I went up to his room to see what he was working on and I saw a bank statement taped to his wall right near his bed. I took a closer look and saw his bank balance with a bunch of handwritten zeroes behind it. “If I keep that number in mind,” he told me, “I’m going to get it. I swear.”

Jermaine says the only reason he started producing was because he couldn’t afford to buy beats when he was younger. It was the same story during his college years. He spent a good deal of his sophomore and junior year chopping up samples and stitching them back together. Cole studied producers like 9th Wonder, Just Blaze, and, of course, Kanye West.

So thrilled to see Adele on the cover of October’s VOGUE UK for her very first time. I have been a fan since her debut album “19” and she still has me with her latest, “21” Her music is soulful, smooth, and full of emotion. It just takes me away, and her voice is so pure and beautiful I can listen to it all day long. She is such a rare gem in the music industry, which sets her apart from everyone. She is my soul sensation along with Erykah, Jill, and India…

Adele rocked a custom Burberry lace dress for the shoot. I was very happy to finally see her all done up for such a great fashion magazine, but something stood out to me. They could have done so much more. She is such a beauty, a real and true beauty. I wish VOGUE would have embraced her curves and beautiful figure and shown it off in a different way. The shoot seemed as if they were trying to hide her figure and focus in on the face, which is a beauty! Ugh those eyes, ya’ killin’ me! *Sigh* This industry needs to switch it up sometimes! Can’t wait to step my foot in it…But, for now I will focus on the positive aspect which is: ADELE on the cover of VOGUE! 🙂

On critics focusing on her body and not her music:

“I’ve seen people where it rules their lives, who want to be thinner or have bigger boobs, and how it wears them down,” she tells the magazine. “And I don’t want that in my life. I have insecurities, of course, but I don’t hang out with anyone who points them out to me. My life is full of drama and I won’t have time to worry about something as petty as what I look like,” she continued. “I don’t like going to the gym. I like eating fine foods and drinking nice wine. Even if I had a really good figure, I don’t think I’d get my tits and ass out for no one.”