One of my favorite collections of designers has to be the Resort Collection. It says vacation, bright trends, and versatility. From everyday beach looks, to garden party,  to night time on the scene looks- it has everything with a fresh, new twist. Each collection I’ve seen so far has blown me away but Phillip Lim’s, in particular, inspired me in so many ways. Phillip Lim is so incredibly talented, from designing back to back collections and winning the CFDA award for Menswear he has truly done it all!

His inspiration came from nature, the summer weather, and vacation season. With a total of only 25 days this line has flourished into something as beautiful and intriguing as his motivation behind it.

“I was sitting in my garden, watching the blooms come out,”

Last week I had the pleasure of attending Rachel Roy’s event in Macys, Herald Square. It was an absolutely fab event with the designer herself introducing her new line and live brazilian music by talented artist, Seu Jorge. (if you don’t know , NOW you know.. check him out) The acoustic set provided a perfect vibe for the breezy, colorful, and fun collection. Brazil inspired, she talked about her motivation behind the line and the beautiful collaboration between the music and fashion. My two favorite things. I love how inspiration can be drawn from anything and anyone, it’s so beautiful. Rachel Roy unveiled a line full of bright prints, maxi dresses, color and bold florals, and much more. Her line is officially out in all Macy’s locations- so shop ladies and get BRASIL inspired 🙂

Here are some pics from the event and an inspiration board for the line:

PS. Play Seu Jorge for the full BRAZIL effect 🙂 Enjoy with a glass of sangria and get inspired..

“Every designer dreams of inventing the Chanel jacket,  It’s up there with jeans or the T-shirt; it is gender neutral—that is to say, it can be womenswear or menswear,” he says.”- Chanel designer Karl Lagerfeld told Gotham Magazine, speaking of the fashion necessity for many generations.

The Little Black Jacket exhibition featured over 100 black and white photographs of celebs wearing the infamous Chanel jacket- they each had a personalized one. Some of them included SJP (personal FAVE), Kanye West, Tilda Swinton, and many more. Karl Lagerfeld and former Vogue Paris editor Carine Roitfeld are the dynamic duo behind this amazing project. Too much fashion and creativity between the both of them- it’s so motivating! The photos from the exhibition will be made into a book which should be coming out this summer- so be on the look out for that!

Designer Gabrielle “Coco” Chanel first conceived of her infamous black jacket in 1916 as she set to re-imagine the way women should dress.

“Fashion has become a joke…The designers have forgotten that there are women inside the dresses. Most women dress for men and want to be admired. But they must also be able to move, to get into a car without bursting their seams! Clothes must have a natural shape.”- Coco Chanel

The infamous black jacket originated in 1916 by the ever so talented Coco Chanel. In 1936 Chanel started using tweed in her jackets to add more status and glamour. Nowadays owning one can be a bit pricey (around several thousand dollars each) so let’s just admire the beautiful exhibition for now..

At the start of every month I like to reflect on the past month and set new goals for the new month that is ahead. June is a new month of infinite possibilities and I am very excited to welcome it with open arms and much anticipation. Sunshine and warm weather always brings me joy, renewal, and insight. I find myself spending more time outside and enjoying the simple things that life has to offer us. There are so many events to look forward too and time to spend with loved ones. Ready.Set.Grow Happy June to all my naturalista fashionista’s ❤ 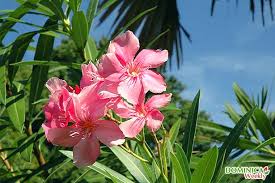 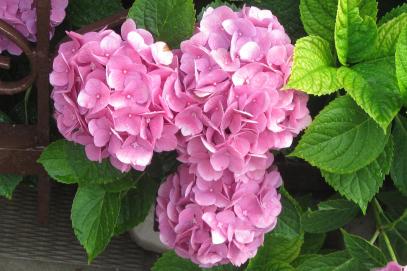 Neon colors for the summertime are truly necessary! Whether it be on your nails, shoes, accessories, or clothes- it’s a pop that your wardrobe needs! Sometimes just incorporating a couple of neon pops to an existing outfit that you already have will add that summer flair you need. Neon  nail color is super fun too! From colors like pink, green, purple, and orange the possibilities are endless! Another fave of mine is neon color-blocking. Remember to not over-do it though, pick two very bold colors and leave your outfit with that.Neons are so bright and bold, they set a statement already. Most important tip is to have fun with the colors, and go with your mood 🙂 Add some color and splash into your life!! 🙂